I brewed up some one gallon jugs of Apfelwein (Apple Wine) last night, using the ‘famous’ EdWort’s Apfelwein Recipie. We had a Buy One, Get One sale at our grocery store for Apple Juice, so I picked up a few jugs. The recipe is quite simple. 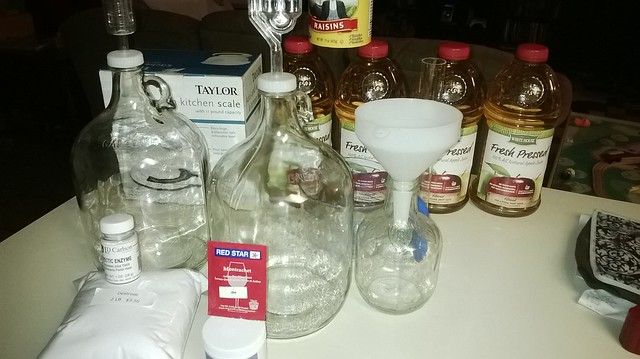 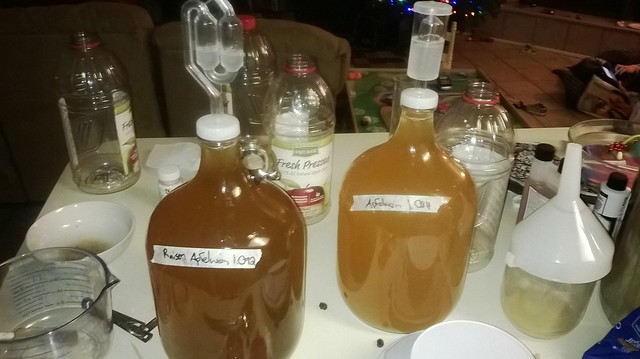 That’s pretty much it. I also made some Apfelwein with raisins and brown sugar. I took about 2.5 ounces of raisins, plumped (and sanitized) them with a cup of boiling water. I added the raisins and 4 ounces of brown sugar directly to the carboy.

If you look at how much juice I have in my carboys, it’s WAY to much, so I ended up spliting both batches into a third batch and topped it off with another half gallon of Apple juice. 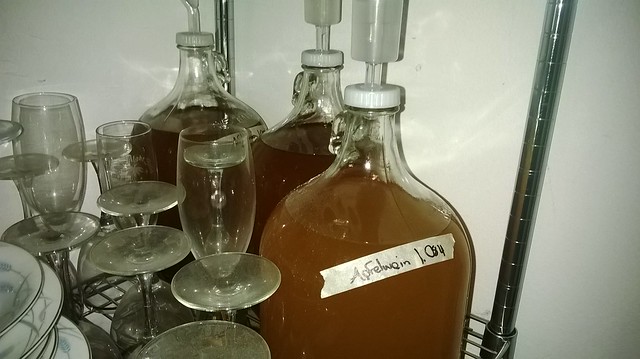 I started with an Original Gravity of 1.042 for just the Apple Juice alone. After adding dextrose, I ended up with a gravity of 1.084 on my regular Apfelwein, 1.092 on my Raisin Apfelwein, and I never checked the third carboy, but it’s somewhere lower than those. (Because it was about a third of the mixture of the other two gallons, then two thirds of regular apple juice.)

I’ll be updating this post as time goes on because I’m planning on letting them age in their carboys for 4-6 months before I bottle them.